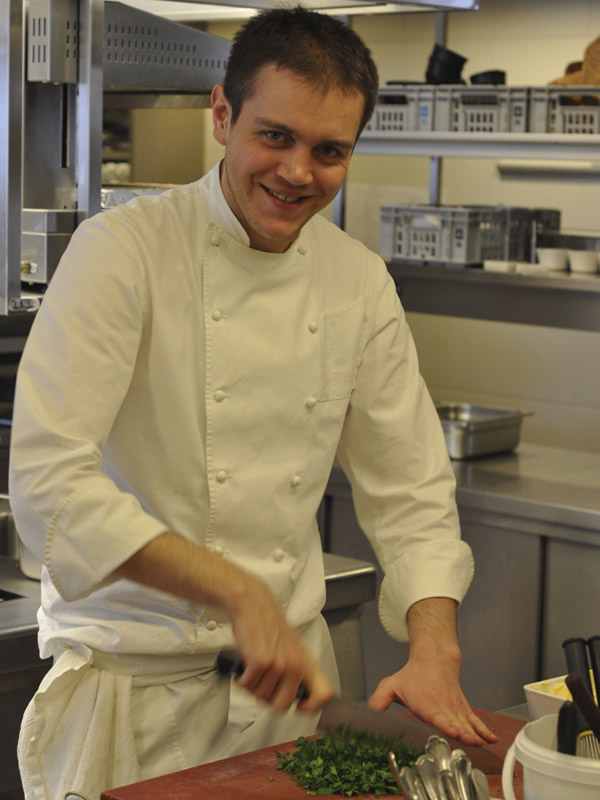 Romain Hertrich, of Alsatian origin, is a gastronomy devotee. Through his long experience he had the opportunity of developing a refined cuisine. The adventure started at the Auberge de l'Ill in the Haeberlin family. Then, he spent a few years working together with Michel and Sebastien Bras and finally with Michel Troisgros. After this high-level training with leading starred Chefs, he was involved in a project in Burma to teach french gastronomy. On his return, Romain worked as Head Chef at the Hotel Vanessa in Verbier.

Romain Lambert is absolute concern to provide a warm reception and a distinguished service. He took his first steps at the gourmet restaurant of the Arnsbourg in Lorraine. Being most interested in wine, he studied the profession of Sommelier with Christian Lambert and Sergio Calderon. Thanks to this training he entered as a Sommelier at Bras’ and then at Maison Troisgros. Subsequently, he has shared these enriching experience  with clients whilst in Paris, Australia and Switzerland.